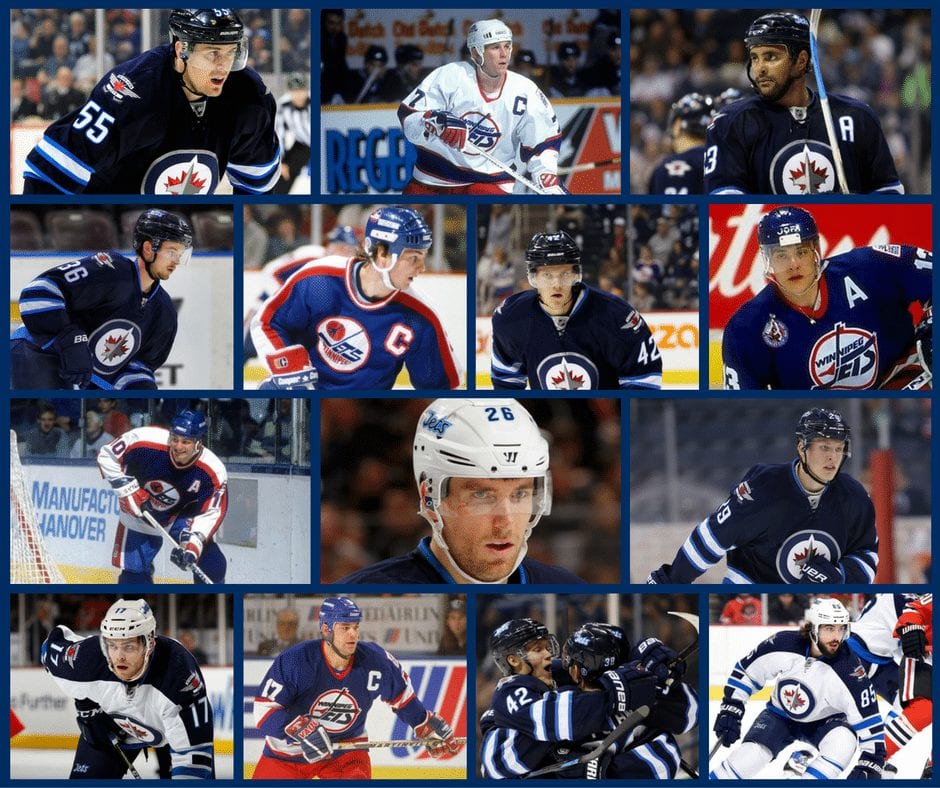 The air is a bit crisper in the morning, the leaves have started to fall and there is a hint of frost on your car’s windshield in the morning… Surely this can mean only one thing… “Winter is coming” my friends, winter is coming and with it, so are the boys of winter. You might know them as the Winnipeg Jets! Ladies and Gentlemen welcome to the 2016 Heritage Classic!

Few people know, but the seed for this game was planted a few years ago when on an opening night of the 2011-2012 season, the NHL celebrated the return of the Jets by hosting opening day festivities at the Forks. Unbeknownst to those around them, the 2011 – 2012 Director of Operations for the NHL Keith “whatshisname” was sitting at a table with members of some local ad agencies and a plus one who happened to be yours truly.

Basking in the glory of the occasion I was more than happy to engage “Keith” in celebrating the historic event. During this exchange, discussion of a potential Outdoor game came up. Keith asked the question “do you have the facilities to pull off an outdoor game?” Acting like I own the place, I replied without hesitation, “What kind of capacity do you require?”. Keith then replied “40, 000”.

Without blinking, I began to tell the story of our new facility Investors Group Field which was expected to be a state of the art facility and that with a few modifications would be able to easily accommodate the league’s requirements and the seed for this event was born.  The people around me were shocked, wondering “Who is this guy?! How can he speak on behalf of TrueNorth, the city, and the province?!”.

Truthfully, I am nothing more than a fan (with maybe one or two ties in the spirit of the 6 degrees of Kevin Bacon) who likely had no influence on the event(though I did send out 2 or 3 emails the next day), but it is a story isn’t it? A story that goes way beyond the NHL or the return of the franchise, it speaks to the hearts and minds of the city, it is a celebration.

The Winnipeg Jets were born many years ago, existing first as a junior hockey team in the WCHL, then as a professional team in the WHA and then finally in 1979 they moved to the big show, the NHL.

Many stories have been written about the Jets of yesteryear, tales of Hull, Nilsson, Hawerchuk and Selanne have been seared into consciousness to the point where they have grown into legend.But that was the past, we live in the present… there is as Teemu Selanne himself said, “a new Sheriff in town”.

Patrick Laine is the toast of the town, a Hat Trick in only his second home game, a come from behind win over our fierce rivals from Toronto!But this team goes far beyond the “flashy” new Finn’s charisma and indisputably potent shot.

Young Up and Coming Stars

This team is about all the young up and coming stars. Mark Scheifele who since his draft day in June of 2011 has yet to say the wrong thing. Scheifele works hard and clearly, makes sure to get his 7 and ¾ hours of sleep each and every night.

His attitude, effort and sheer joy for the game must be contagious. This young man and dare I say future captain absolutely exemplifies everything this team and this city is about.

But Mr Scheifele is not alone in his quest to take this team to the promised land. There is another, a slightly grizzled veteran on this team. A man who leads by example and puts his desire to win on display each time he steps on the ice. He is a game breaker with dynamic speed and skill. This player can lift fans from their seats and the spirits of his teammates with a dash down the wing.

So while Mr Scheiffele may be the captain of tomorrow, “Old man” Wheeler is our fearless leader today. Others before him may have had the passion and work ethic, but it is Blake Wheeler’s added dimension that makes him the perfect general for this exciting team cutting its teeth in the Central Division.

Now back to the inspiration for this post. The 2016 Heritage Classic is being hosted in Winnipeg at the Investors Group Field. To me, this event is massive on so many levels. First, it is an homage to the greats of teams past. Not only for the Jets but the “other guys” as well.

Apparently, this “other team”, the Oilers won a few cups back in their day with some guy called Wayne Gretzky…I don’t know, maybe its bitterness, but I will never forget Mark Lamb whose 3 goals and 5 assists put a swift end to what felt like our team of destiny back in the opening round of the 1990 Stanley Cup playoffs.

This event is about tradition, new meets old. Developing continuity of the two franchises and alumni into one entity. The Winnipeg Jets are rich in tradition, the fan base is passionate and patient. This was our team, this is our team and will forever be our team.

Lastly, a congratulations and thank you to Mark Chipman, David Thompson, Jim Ludlow and absolutely everyone who made this possible. It’s been 5 years, and I am proud to say that the city is behind you every step of the way! GO JETS GO!